Why You Should Lose the Belly Fat

Why You Must Lose The Belly Before Its Too late 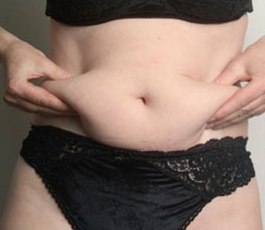 Belly fat—it doesn’t look good and it’s as bad for the health as it is for the ego. In fact tests conducted in 2012 at the Mayo Clinic (USA) suggest that adults who have a lot of fat around their midsections, but would not normally be classed as overweight, could face a higher risk of death than those who are obese.

The Mayo Clinic’s study centered on individuals who had a normal body mass index (BMI), but could still be classed as having “central obesity” because they had a high waist to hip ratio (WHR).

WHR is ascertained by comparing the waist measurement to that of the hips, and the World Health Organization (WHO) considers it to offer a more accurate means of ascertaining dangerous levels of fat than BMI because the readings take into account differences in body structure.

When measured in the correct fashion a healthy waist measurement should always be lower than that taken at the hips and WHR of more than 0.95 for men, and 0.85 for women, can be indicative of an increased likelihood of heart disease.

Why is Belly Fat so Bad?

Belly fat has hidden depths. It’s not just a layer of fat beneath the skin (subcutaneous fat), it also fills the void between the organs (visceral fat) and although the subcutaneous fat may be responsible for making overweight people shy away from the mirror, less obvious, visceral fat can be a killer.

Too much belly fat can result in:

One of the most frightening things about this is the fact that many people who are at risk would never consider themselves so by looking at their bathroom scales or BMI measurements.

Speaking at a scientific meeting in Europe, shortly after the study was completed, (Mayo Clinic) cardiologist Dr. Francisco Lopez-Jimenez said: “We see from time to time people who have a big belly, but their body weight is normal. Some will be very content and not excited about starting an exercise program, even if they need it.”

The researchers at the Mayo Clinic are not the only medical experts to have examined the dangers presented by belly fat.

Lewis Kuller, MD, DPH, (professor and past chair of epidemiology at the University of Pittsburgh School of Public Health) stated: “Abdominal fat is thought to break down easily into fatty acids, which flow directly into the liver and into muscle.”

According to Kuller, once released and absorbed by the liver, the fatty acids cause a chain reaction that can:

None of this is conducive to good health or longevity.

An excess of belly fat is equally dangerous for men as it is for women, but men tend to notice their waistlines expanding earlier in life than women—often in adolescence and postadolescense—it’s one of the main reasons why coronary disease is more prevalent in men than women. For a man a large belly can also lead to another big problem—erectile dysfunction.

Obviously erectile dysfunction is a hardship that women will not have to bear, but belly fat can cause women problems that are uniquely female. If the belly is larger than the hips it can interfere with the ability to become pregnant. It can also increase the likelihood of gallstones.

Although stepping on the bathroom scales can provide an indication of the bodyweight, and BMI levels can give an insight into the percentage of body fat, neither method takes the “body type” into account so WHR should not be ignored. Everybody is different and everybody’s body is also different and, when it comes to belly fat, it’s not just a case of how much fat there is, but the location of the fat.

Belly fat is situated in an area of the body where it has access to vital organs and can interfere with bodily processes. A person who is carrying a greater percentage of body fat—located around the arms and legs—may appear to have a greater weight on their shoulders health wise, but although carrying excess fat is never a healthy situation, studies show that a little fat around the belly area can be far more damaging that a greater amount situated elsewhere on the body.