The manufacturers of Lipovox Hardcore Detox say that their product will help dieters to burn 900% extra calories, than they otherwise would by exercising and dieting without using the product.

This supplement is a blend of ten fat loss ingredients and ten ‘super-foods’.

It is marketed as a detox supplement, an acne treatment product and a fat loss supplement all combined.

Hardcore Detox is an improvement on the original product released around 2008.

The original product released can be credited with being one of the first diet supplements to introduce the concept of superfruit diet pill and roll them out to the masses with internet marketing campaigns.

In 2008 is was the self professed best supplement for fat loss and acne – others though, chose to disagree

Unfortunately, whether the above ingredients are actually effective at producing the claimed results is almost irrelevant.

There can be no way that the ingredients are included in the necessary doses. They might be present in small quantities, but this will not be sufficient to have the promised effects. This is all too common with many modern health supplements.

Features of the Product

The ten ‘super-foods’ mentioned above are not actually super-foods at all. Uva ursi, buchu and dandelion root are diuretics, which extract water out of the body.

Psyllium husk is a bulk forming laxative, which will heighten bowel movements if taken with lots of water. Parsley, ginger, couch grass, lemon balm, milk thistle and celery seeds are used as sources of fibre, and for detox purposes. 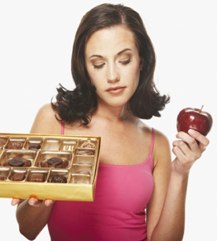 The ten fat loss ingredients have all been patented. This means they are produced by another firm and the rights have been bought by Lipovox Hardcore.

In the health industry, this is common practice, although usually just a few ingredients are utilised – not ten. Chromeate is a chromium source which controls levels of blood glucose to halt hunger cravings.

It is essential to note that Chromeate is the only genuinely tested ingredient. Some positive data exists for SuperCitrimax, but the other components are simply branded ingredients that make unsubstantiated claims, with no supporting clinical evidence.

A month’s supply of Lipovox Hardcore retails for $59.99. A 100% lifetime refund guarantee is offered on 1 empty bottle.

* Advantra Z is the stimulant equivalent of Ephedra.
* Most of the ingredients have not been proven.
* Many ingredients are laxatives or diuretics.

Colon cleansing and weight loss are very different, even though they have both been confused with each other in the health industry.

Lipovox Hardcore is not a safe product to use for extended time periods, because the diuretics and laxative ingredients can cause severe health problems. Also, Advantra Z is not safe for dieters with a caffeine sensitivity.

Where To Buy Lipovox Hardcore in Australia

Purchases can be made from the official website as well as several online stockist. There does not appear to be an offline stockist or pharmacy in Australia that carries the product. 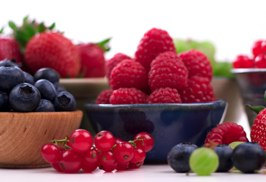 Although we may be dismissive of LHCD we are not ruling out the use of super-foods. Super-food or to be more precise super fruits are highly beneficial.

Raspberry Ketone, Acai and African Mango to name but three should be considered essential to anyone’s diet regime

This entry was posted in Health Supplements and tagged lipovox australia, super-foods, superfruits. Bookmark the permalink.