Although it can be purchased as a standalone product, it’s also one of three health and wellness supplements Modere combine in a package and sell to customers as weight loss program called M3 Pledge.

The other two items are a protein shake (Sustain) and a high fiber drink (Sync) and customers who “take the pledge” have to agree to make certain lifestyle changes intended to help them to lose weight.

According to the product fact sheet, Burn was inspired by the Mediterranean Diet, but this could just be a marketing gimmick because the only link between Burn and the Mediterranean is the presence of a little olive extract in the formulation.

The Ingredients and Their Potential

Dosage and Usage Considerations
– One capsule is needed three times each day and should be taken with water and a meal or light snack. It’s important to leave a gap of three to four hours between doses and best results require Modere Burn be used in conjunction with a healthy diet and regular exercise. However, the capsules are not intended for women who are pregnant or nursing a child. Anyone who has existing health problems, or is using medication, should seek medical approval prior to commencing supplementation.

No side effects have been reported, but each capsule contains 180mg of caffeine. That’s about the same amount of caffeine as two cups of coffee would provide.

Most people should be okay with this, but the formulation will not be suitable for people who normally experience a bad reaction to stimulants. Possible caffeine-related side effects may include sleeplessness, racing heartbeat, and feelings of irritability. With this in mind, Modere warn against using Burn alongside other sources of caffeine.

The only feedback we could find was on the Modere website. All of it was good, but feedback obtained via such a biased source may not be accurate.

Burn is exclusive to the Modere website and customers who wish to buy the product have a couple of options.

They can either pay a one-off charge of $64.99 for a 30-day supply of pills (90 capsules) or buy Burn as part of the M3 Pledge package, pay $159.99, and agree to receive further shipments every month via the company’s autoship program.

This will entail a $159.99 charge being applied to their cards every month until they cancel the arrangement. Autoship agreements are notoriously hard to cancel, so we suggest avoiding this option.

Details about the guarantee are not clear. A statement on the Modere Burn sales page reads: “Money back guarantee if you do not lose weight”.

No time period is mentioned. According to the FAQs page: “Modere offers a 30-day 100% full refund guarantee to all Modere Customers, minus the cost of return shipping.”

This is not specific enough either. It appears to suggest the company is guaranteeing a refund to unhappy customers, but the statement appears under the heading “Returns Policy” and it’s possible it may only apply to unopened product.

Presuming sufficient inclusion rates, the ingredients used in Burn should be capable of providing the benefits Modere promise, but Burn costs a little more than most competing products and customers who are not happy with the way the pills perform may have difficulties in claiming a refund.

All the top diet pill options are considerably cheaper than Modere Burn and come with a no quibbles money back guarantee.

Burn cannot match the leading products on price and, in all honesty, it’s unlikely to match their performance. There seems to be little point in paying more for a product that might work when it’s possible to pay less for better options that have proven capabilities.

What Diet Pills Do We Recommend 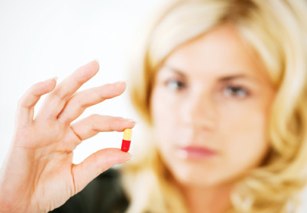 We have our list of recommended diet pills and weight loss products that have taken several years to compile.