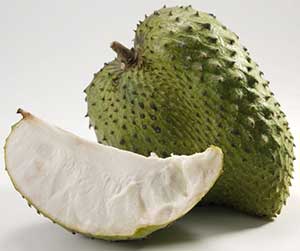 In 1997 researchers at Purdue University, in Indiana, USA, conducted studies involving compounds taken from the Brazilian pawpaw tree. The researchers wanted to see if the compounds may be useful for fighting drug-resistant cancers. The preliminary success of their studies caused quite a buzz and many supplement manufacturer’s began producing products that contain extracts taken from the fruit of the tree (graviola).

Unfortunately, many graviola-providing supplements contain too many binders and fillers, so the quality is pretty poor. Platinum Soursop Graviola Extract has been one of the most popular graviola products for a number of years. But is it really likely to be the strongest, most potent graviola supplement available? The manufacturer claims it is, but big claims are common in the supplement industry. Let’s take a closer look at Platinum Soursop Graviola Extract and see if it can hold up to close scrutiny.

Two Platinum Soursop Graviola Extract capsules provide 1000mg of graviola extract. It is the only active ingredient and we are pleased to discover it is not diluted by unnecessary binders and fillers.

Graviola fruit is enjoyed as a food in many different countries of the world and it is known to have a high nutritional value. Graviola is also used as a traditional remedy for stomach aches, respiratory problems and muscle pain.

Apart from providing numerous vitamins and minerals, graviola also contains a group of phytochemicals called acetogenins. Studies are ongoing, but these acetogenins appear capable of retarding the growth of cancer cells while also making them more vulnerable to the effects of cancer-fighting drugs.

We found a number of affiliate-run websites that quote positive reviews, but we were unable to find any customer reviews at all. Bearing in mind that fact that affiliate-build sites are designed to sell the products they contain, and earn the site-owner a commission, there’s a good chance the reviews are fake.

Although graviola is a healthy fruit to eat, the extracts that are used in supplements are very concentrated. This is not generally a bad thing, it can make for a much stronger product, but graviola contains a chemical called annonacin and unusually high doses can impair the speech and interfere with motor functions. This does not make graviola a potentially dangerous ingredient, but it does mean supplement users need to treat it with respect and never exceed the stated dose. It also means supplements that contain graviola extract may be an unsuitable option for people who suffer from Parkinson’s disease and already have problems with their speech and motor functions.

Although Platinum Soursop Graviola Extract appears to be backed by a 90-day money back guarantee, this is not the case. An examination of the terms and conditions page on the official website reveals the company only accepts returns of unopened product and a USD$ 10 restocking fee is deducted from any refund that is made.

You can only get Platinum Soursop Graviola Extract from the manufacturer’s website, but it is only possible to obtain it by agreeing to pay a small charge for postage and accepting the offer of a “trial bottle”.

This sounds pretty good from the get-go, especially with shipping costs to Australia being what they are, but things are not what they seem. An examination of the terms and conditions reveals the trial is also for the company’s automated billing and shipping program and customers who fail to realise this, and do not cancel the agreement in time, will be charged for the trial bottle.

They will also receive a fresh shipment of pills every month and the charge will be applied against the card they used when paying the postage costs. We were unable to discover how much a bottle of Platinum Soursop Graviola Extract costs, but products that are sold via automated billing and shipping programs are usually expensive and sometimes cost more than USD$ 100 per month.

We are not big on companies that operate automated billing and shipping programs, but when we checked the consumer complaint sites we did not find and complaints about Platinum Soursop Graviola Extract, so that’ s a point in its favour. We are also impressed with the quality of the product and feel the manufacturer’s claim that Platinum Soursop Graviola Extract is the “strongest, most potent” graviola supplement available could very well be true.